by Frame and Mantle 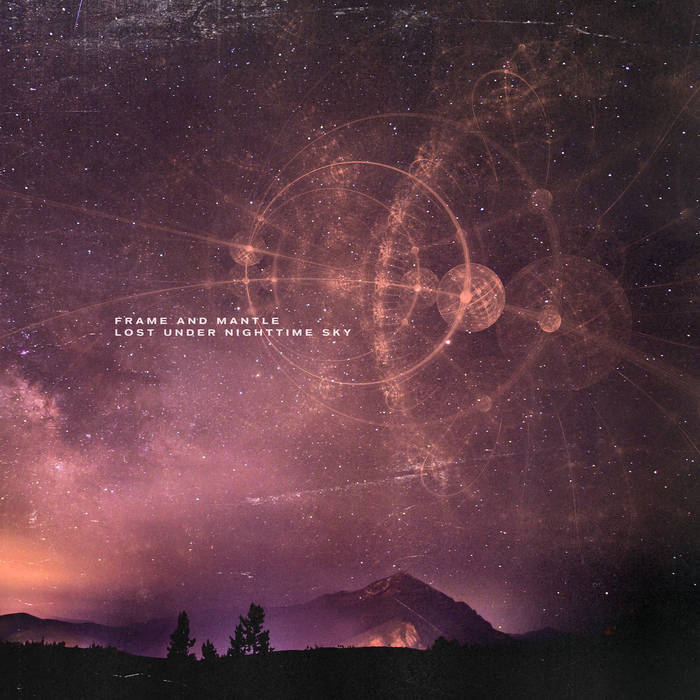 "In many ways, the Pittsburgh post-emo band Frame and Mantle are exactly what so many listeners need in an era of increasing uncertainty and struggle. Following their well-received EP While Our Fields Lie Fallow, they have reshaped their lineup and re-emerged with a record that explores the anxieties, self-doubts and frustrations that paint the experiences of an ever-increasing swath of the population while presenting a dynamic sonic tapestry that welcomes exuberance and hopefulness in the face of seemingly insurmountable odds. On Lost Under Nighttime Sky, the band acknowledges the often too-relatable sensation of being adrift without a destination in sight, but reminds us that when we take the time to stare into the depths of the darkness that’s often when the universe reveals the most stunning and rewarding vistas.
Dealing with topics such as self-sabotage, regret, longing and losing heart, and facing harsh realities like suicide and the crushing weight of a future that seems to grow dimmer by the day, Frame and Mantle pull no punches with their listeners and offer no easy answers. But what they do present is the opportunity to revel in the one thing that connects us through the most trying of times. The music on Lost Under Nighttime Sky is bursting with the kind of heart-swelling, impenetrable joy that never ceases to live within us even when it may seem difficult to express. The compositions bounce along with a carefree vibrancy that allows listeners to ascend to heights from which it is far more comfortable to face their own truths reflected in the lyrical content. Soaring chords interweave with striking vocal melodies, driven by lively percussion and accents of horns that appear at the most opportune moments to drive the songs toward a horizon that feels increasingly bright and promising.
With a focus on crafting layers and textures that lean into post-rock territories, Lost Under Nighttime Sky has a dramatic, celestial quality that affords it a true sense of time and space. It sounds like twilight feels, where for a specific, finite period everything takes on a different shading, we perceive differently, and our senses are given an instant to find profundity in that which so often seems familiar and unremarkable. It’s in these fleeting moments that we learn to honor the beauty that’s hard-won, and that understanding is at the core of Lost Under Nighttime Sky; that feeling of pulling through the deepest darkness and discovering that there is something inspiring on the other side. It’s not an easy time to be young right now, but as the album’s final refrain exclaims: 'spread your wings and fly into the sun.' What else can any of us do but attack life with as much vigor as possible and mark the sheer experience as paramount?"
-David Zeidler, Young Epoch

Written and performed by Frame and Mantle.
All lyrics by Connor Freer, with the exception of “Long Division” by Liam Burns.
Recorded March 2019 at Very Tight Recordings in Sharpsburg, PA.
Engineered, mixed and mastered by Matt Very at Very Tight Recordings.
Produced by Frame and Mantle and Matt Very.
Artwork and layout by Brian Morgante (Flesh & Bone Design).

Birds of the feather.

Bandcamp Daily  your guide to the world of Bandcamp